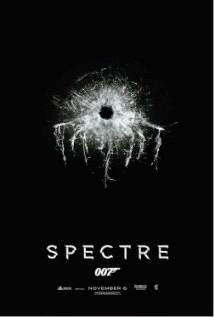 The new MI6 team of Ralph Fiennes (M), Naomie Harris (Moneypenny), Rory Kinnear (Tanner) and Ben Whishaw (Q) are all reprising their roles and they will be joined by Andrew Scott as Denbigh.

The film will be shot at locations including London, Rome, Mexico City, Tangier and Erfoud in Morocco and Solden in the Austrian Alps – where Bond will return to the ski slopes. Large parts will also be filmed at the Pinewood Studios, which has long been home to the hit movie series.

I hope the release date is not hindered by the recent cyber-attacks on Sony Pictures.

Thanks for stopping by
xoxo

Journey into the Unknown

Any cookies that may not be particularly necessary for the website to function and is used specifically to collect user personal data via analytics, ads, other embedded contents are termed as non-necessary cookies. It is mandatory to procure user consent prior to running these cookies on your website.