Now for makeup!!
Make sure to keep your makeup simple, sultry and sexy (remember the 3S). Even if your outfit is simple. You don’t need to overdo your makeup to stand out. You want to achieve effortless chic look.

You can never go wrong with a smokey eye. For Amanda’s super-sultry eye makeup look. Start by using, an eyeshadow primer, i would recommend Urban Decay Eyeshadow Primer Potion (£16) . Try Stila’s In The Moment Eye Shadow Palette (£22.50). Smudge the deep purple, upwards and outwards on the eyelid, use the colour ‘whim’ as your transition colour and ‘wonder’ as your brow bone highlight and your tear dot highlight to open up your eyes.

For your bottom lashes,use the dark purple in the outer corner, ‘whim’ in the mid section and ‘wonder’ to highlight the tear-dot area. Finally,line the upper and lower lash starting from the inner edge of your iris (that’s the colored part of your eyeball—lining from here instead of from all the way in the inside corner makes your eyes look bigger) with a black kohl pencil (try Rimmel’s Soft Kohl Eye Pencil, (£2.99), in  Jet Black) then smudged out a little.

Finish the look with a mascara, try Maybelline Volum’ Express The Colossal Mascara (£7.19). 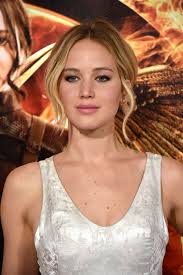 To recreate J-Law’s seductive, sparkling eye look, using the same techniques above, blend a shades of black all over your lids, using brown as your transition colour and pale pink to open up yours eyes. Line your eyes with a liquid liner on your top and bottom lashes and finish off with a coat of mascara.

To give either smokey eyes the glam finish, pair with dewy skin, peachy or naturally bronzed cheeks and a glossy nude or pink matte lips to finish off.

Finally, set your face for the night with a setting spray. I would recommend Urban Decay All Nighter Make-Up Setting Spray (£20).

Happy New Year in advance.
I hope you have a wonderful New Year’s Eve!
Whatever, you do this evening.
Thanks for your support this year.
See Y’all in 2015.
xoxo

Photo: latintimes
A good outfit should fit your personal style, your figure and your mood. The most important thing, is that you feel confident in your outfit. Please take a look at my selection below.
Lace Bodycon Tunic (£36)

You could pair this dress with a black clutch and heels and add a gold necklace and a pair of gold earrings.
Sequin Bardot Plunge Neck Bodycon Dress By Rare (£59)

photo: topshop
I would recommend,you to pair this dress with a black clutch and  a black pair of heels and studs.
Cream Belted Jumpsuit (£55)

Pair this jumpsuit with a pair of black heels, black and white clutch and gold studs.
Don’t forget to add on an extra layer with a long cape or blazer.
Whether you’re off to a glitzy shindig or the house party, I hope you have a fabulous time.
Please, bare in mind, this is meant to be a guide,so feel free to wear outfits that suits your personal style.
Shop this post
Topshop Bodycon Dress (£36)
Topshop Sequin Dress  (£59)
Miss Selfridge Cream Jumpsuit (£55)
Black and white clutch (£12)
Forever21 Gold studs (£0.99)
New Look Black Zip clutch (£5)
New Look Black Velvet clutch (£10)
Forever21 Floral Studs (£1.65)
Nelly PS Caija Earrings (£10.95)
H&M Textured Cape
I hope you were inspired? Which outfit (s) would you try?
enjoy!!
Thanks for stopping by.
xoxo

In hopes of starting the year off right, the year’s biggest celebration takes serious planning. Well, New Year’s Eve makeup is on a different level. As this will be your very first fashion statement of 2015 and you want it to be memorable.

I have put together ideas to make sure you end the year with a bang.

Please scroll down and follow a step-by-step guide and get ready to have a very beautiful end to 2014.

For Amanda’s sexy hairstyle, blow-dry your hair with a large round brush, making sure to flick the ends inward and tease the hair at the crown for added volume.

To make sure your curls last all night, I would recommend using L’Oreal Paris Elnett Satin Diamond Hold (£6.70) to finish off.

For medium-length hair; you need to add some texture that lasts, so you’ll need to add grit. Please bare in mind that you’re trying to achieve a very natural loose stylish wave.

Start by spraying a texturising spray all over your hair; enough to make it damp. I will recommend using VO5 Give Me Texture (£4.19). Take big sections of your hair and twist around a large curling tongs; try the babyliss large 38mm barrel (£20),hold the hair for 5 seconds, and then let it slide down naturally.

*Please do not forget to use heat protection; you don’t want to burn your hair on this big night.

If you don’t want to use curling tongs, I would recommend braiding your hair, after applying the texturising spray. Then blow dry your hair and undo the braids.

I hope you found this post inspiring??
I hope you have had a very restful weekend!!
Thanks for stopping by.
xoxo

By Mariama Rebecca
0
0 Comments
Hello! How are you this fine evening?
I wanted to talk films…… yayyy. My other favourite past time lol.
It’s almost the end of 2014 and because i am anal when it comes to planning. I had a very busy searching the interweb looking and finding news relating to films I have wanted to see. I must confess that there are quite a few movies I am so excited to see finally.
The Interweb has been loaded with lots of talks of some of these very very big blockbusters releases next year. So I hope they all live up to the hype because I have been burnt before and no one likes to be disappointed especially when it comes to movies.

Photo: moviereviewworld
The Theory of Everything is a British biographical romantic drama film directed by James Marsh and adapted by Anthony McCarten from the memoir Travelling to Infinity: My Life with Stephen by Jane Wilde Hawking, which looks at her relationship with her ex-husband, theoretical physicist Stephen Hawking, his diagnosis of motor neuron disease, and his success in physics.
The film stars Eddie Redmayne and Felicity Jones in the lead role with Charlie Cox, Emily Watson, Simon McBurney, Christian McKay, and David Thewlis in supporting roles.
This film is due for release on Thursday 1st January 2015.
Taken 3 (2015)

Taken 3 is an upcoming 2015 action thriller film directed by Olivier Megaton and written by Luc Besson and Robert Mark Kamen. It is the sequel to the 2012 film Taken 2 and the third and final film in the Taken trilogy. The film stars Liam Neeson, Maggie Grace, Famke Janssen and Forest Whitaker.

I am very much looking forward to where the story takes us next. With Liam Neeson in the lead role again; the ultimate action hero, doting father and a loving husband but can be very very deadly when you mess with his family.

Taken 3 will be released in UK cinemas on Friday 9th January 2015.

Photo:IMDb
Into the Woods(2014) is an American musical fantasy film directed by Rob Marshall and produced by Walt Disney Pictures.  Adapted to the screen by James Lapine from his and Stephen Sondheim’s Tony Award–winning Broadway musical of the same name.
It’s cast includes Meryl Streep, Emily Blunt, James Corden, Anna Kendrick, Chris Pine, Tracey Ullman, Christine Baranski, Lilla Crawford, Daniel Huttlestone, MacKenzie Mauzy, Billy Magnussen, and Johnny Depp.
The story is fantasy genre crossover centred on a childless couple, who set out to end a curse placed on them by a vengeful witch. Inspired by the Grimm Brothers’ fairy tales of “Little Red Riding Hood”, “Cinderella”, “Jack and the Beanstalk”, and “Rapunzel”.
Funnily enough Into the Woods is also due for release in UK Cinemas on Friday 9th January 2015.

Which film(s) are you looking forward to see next year??
Please leave your thoughts and comments below.
Thanks for stopping by…
xoxo

With the year coming to an end. I wanted to reflect back on this years red carpet looks that made me green with envy in 2014…Remember Taylor Swift outfit at the Grammy’s? And the incredible dress Beyoncé wore to the Met ball? These are some of my favourite looks of the year – which one is yours?

Taylor Swift at the 56th Annual Grammy Awards, January 2014
Starting the year off to a stylish start… 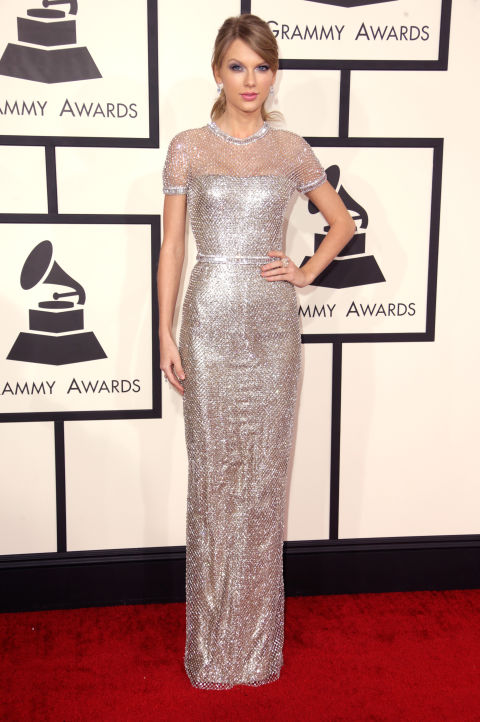 Photo:Courtesy of Wally Skalij/Los Angeles Times/MCT
Selena Gomez at the Rudderless Screening
After seeing this I wanted to get myself a LRD. 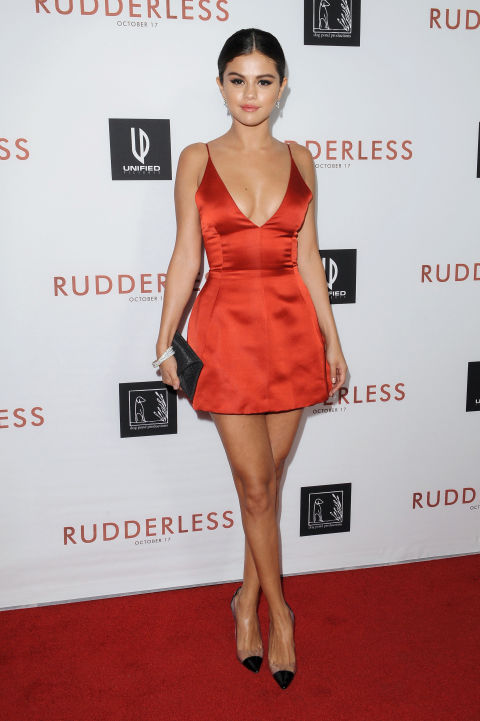 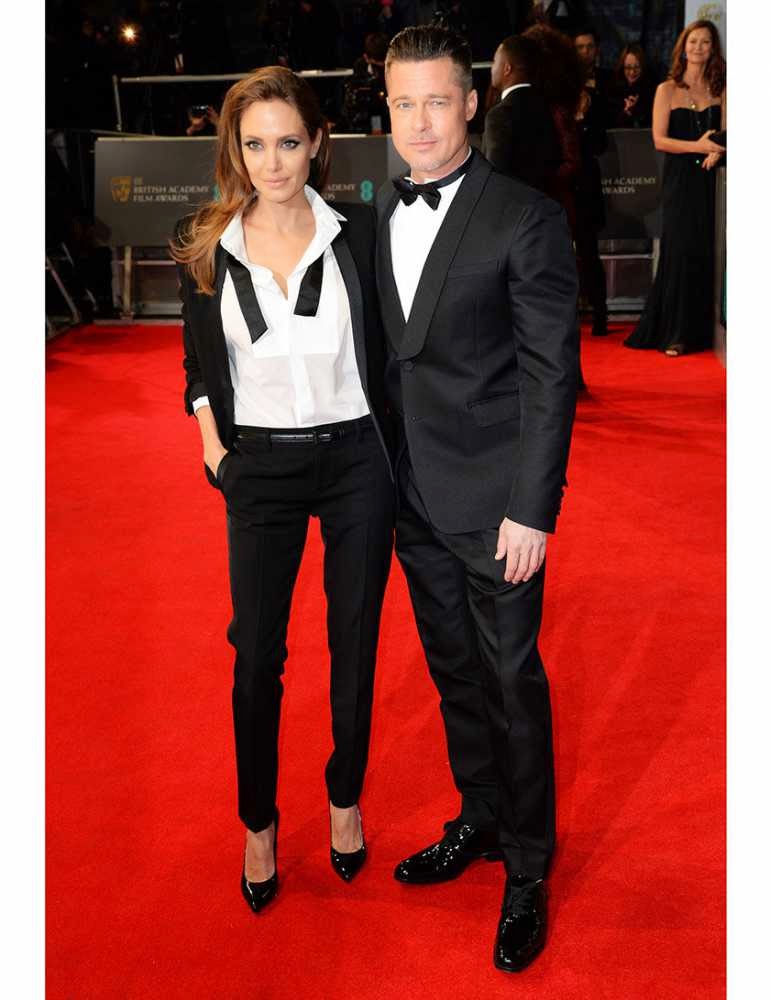 Photo: Reuters
Jay Z with Beyoncé at MET Gala, May 2014 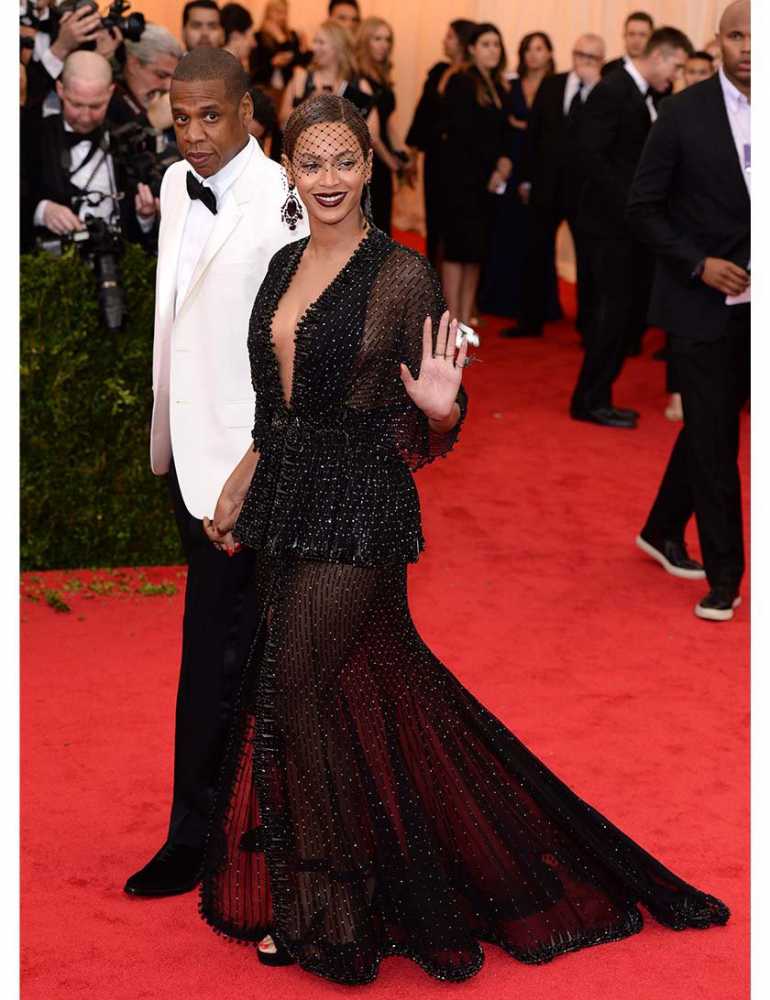 Photo © Timothy.A.Clary/AFP/Getty Images
Cara Delevingne at The Face of An Angel premier,September 2014
Talk about green with envy lol. 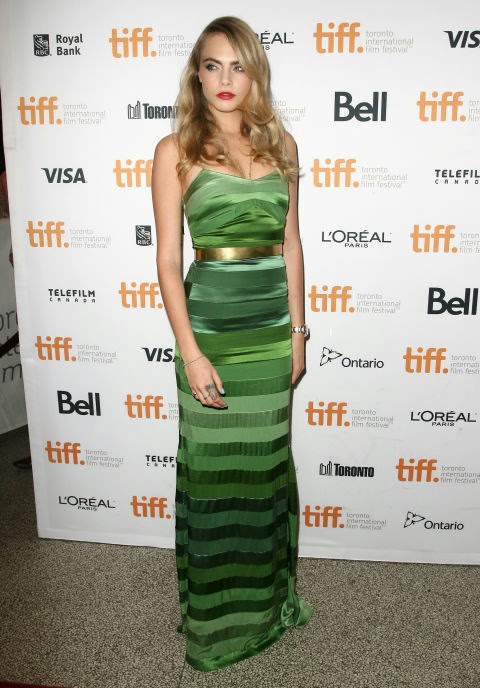 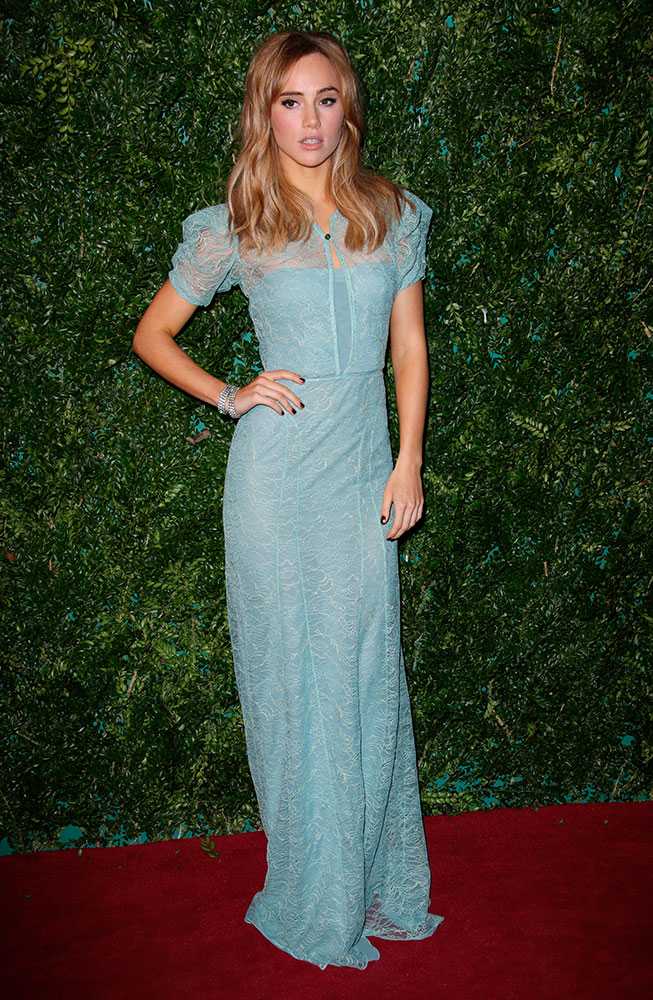 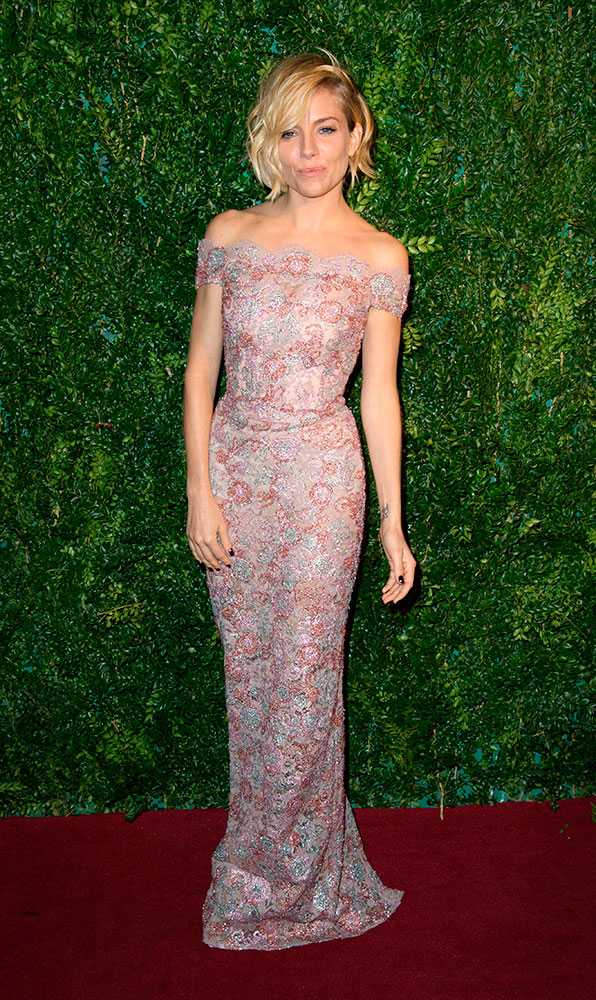 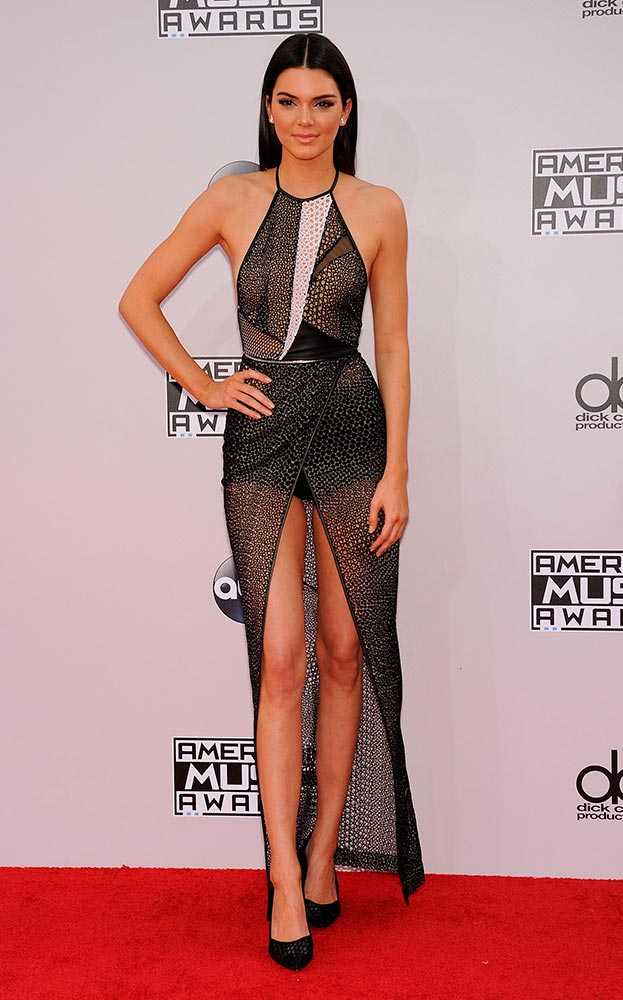 Photo: from Redcarpet-fashionawards
Lupita Nyong’o at the 2014 BAFTA
Looked fabulous in her emerald green dress as she posed on the red carpet. Photo © Jonathan Hordle/REX
Which is your favourite? I hope you are all having a lovely day!!
xoxo

By Mariama Rebecca
0
0 Comments
Hello Everyone!!
I would like to wish everyone a wonderful Christmas.
Hope you all have a fab day.
Happy Christmas
xoxo

H&M  has just released a preview of their spring 2015 collection. I must admit that the line does look very tempting. With a mix of colours, and the classic black and continuing the white trend we have seen this winter. So you’ll be able to use some of the whites you have bought this season to stay on trend in spring.

Please find a  selected of a few outfits I loved from the collection and be sure to leave your comment(s) in the comment section below. 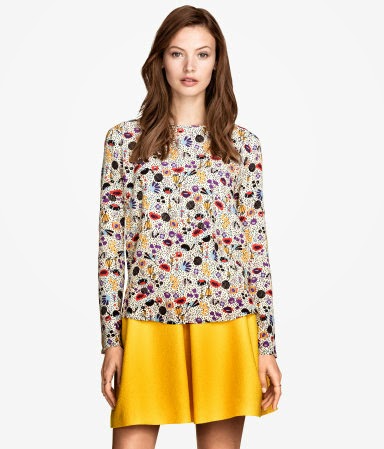 Photo: H&M
Click here to buy the blouse
Here to get the pleated skirt 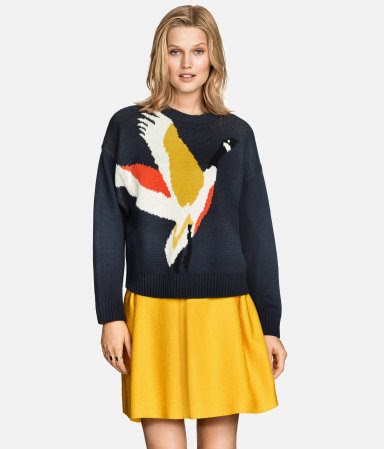 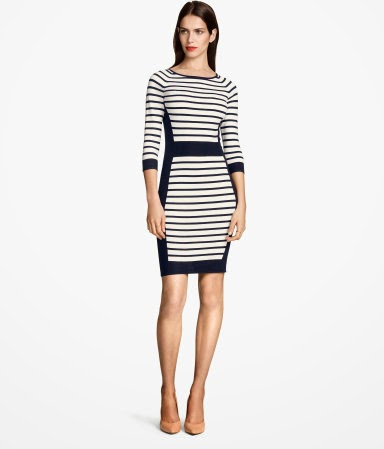 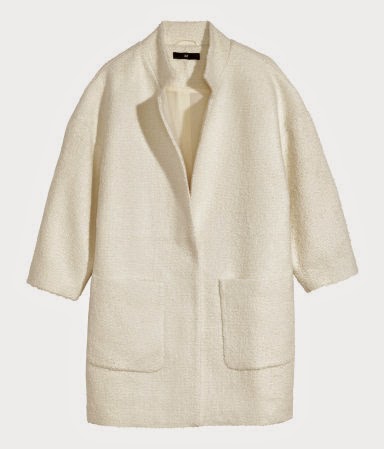 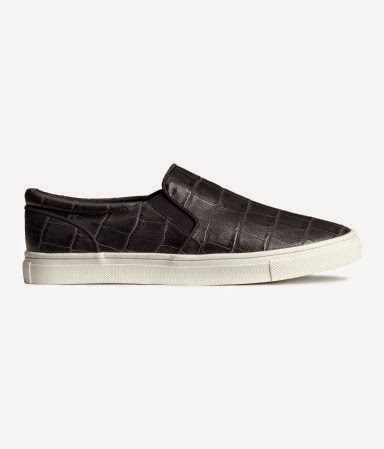 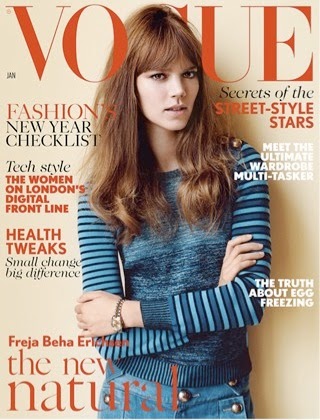 The spread, also features actress Mia Goth who talks about challenging herself, Marni Consuelo Castiglioni Swiss-born designer, takes us into her colourful home and Calgary Avansino style and well-being expert tells us how to kick-starts 2015 the healthy way.
Click here to download the iPad version.
I have already received my issue, so be sure to pick up yours at your local magazine retailer.

Please leave your thoughts and comments on this post below.
Merry Christmas Everyone!!
Thanks for stopping by….
xoxo 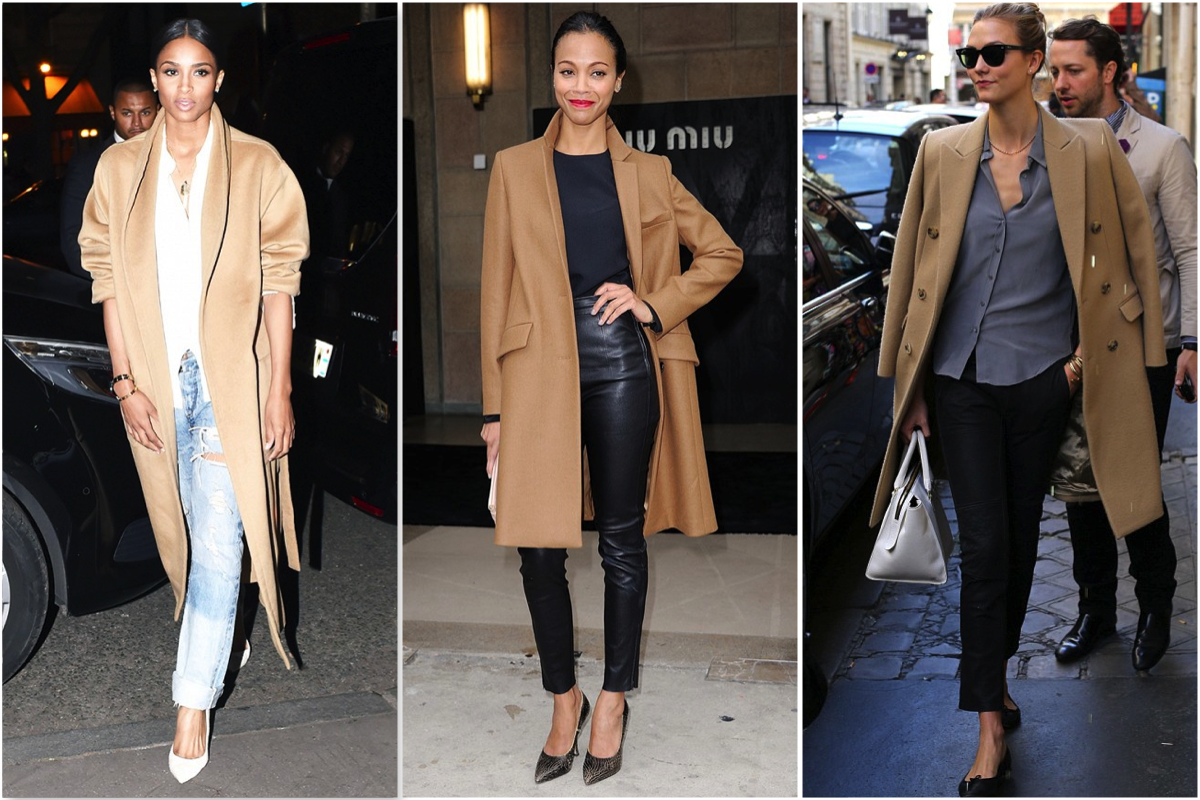 Winter is well and truly here, the temperature outside has dropped significantly and people are all bundle up in warm coats.

For A/W14, a warmer outer layer is the life to keeping warm this winter. In short, camel coats are seriously versatile and can be worn with almost everything.
A camel coat is a wardrobe essential. They’re a classic, but have become increasingly popular this season!

Here are a few of my favourite picks:
Planet Camel Long Coat 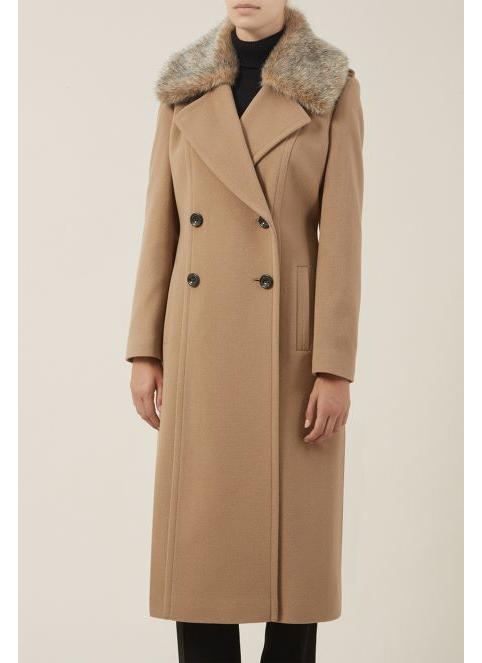 Click here to buy this coat
Next Waterfall Coat 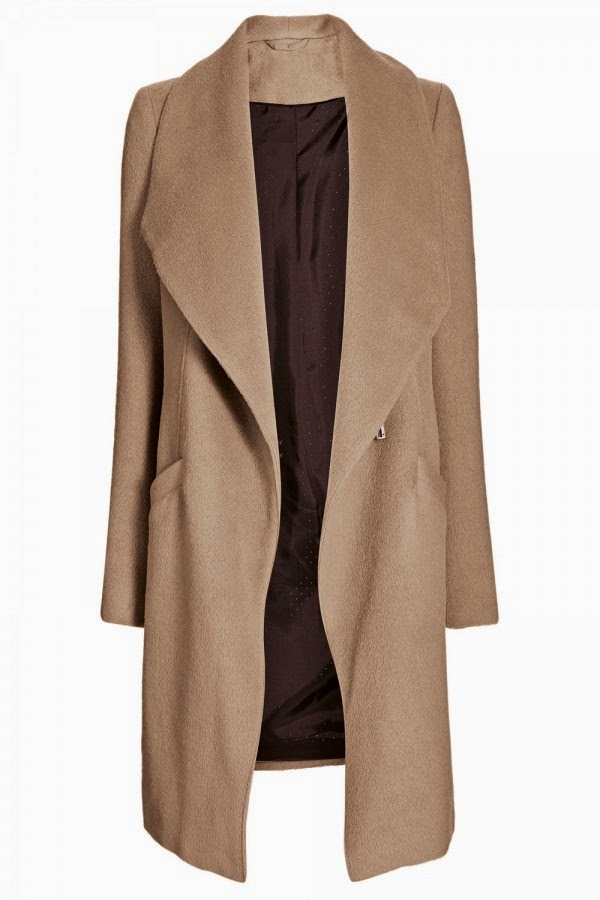 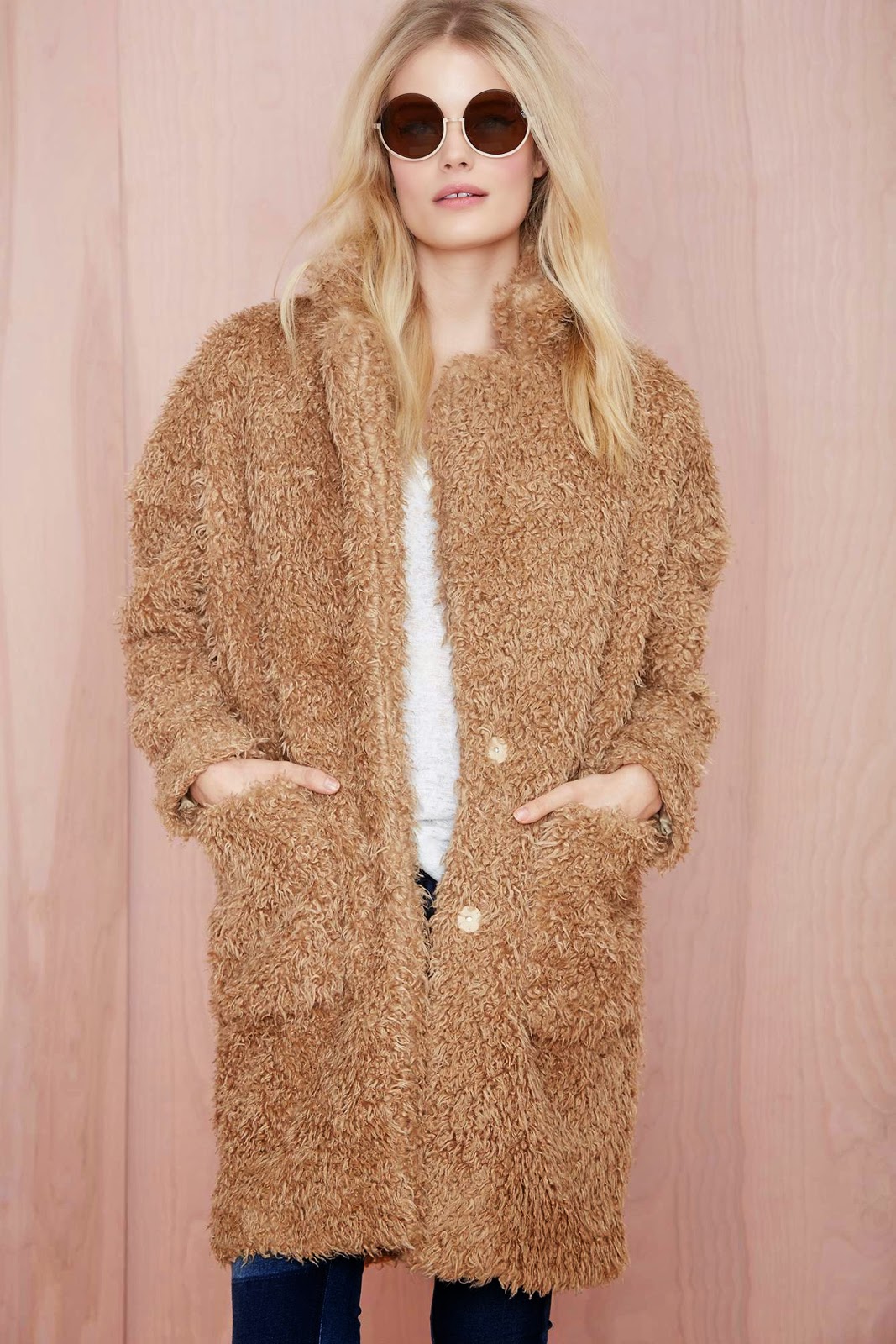 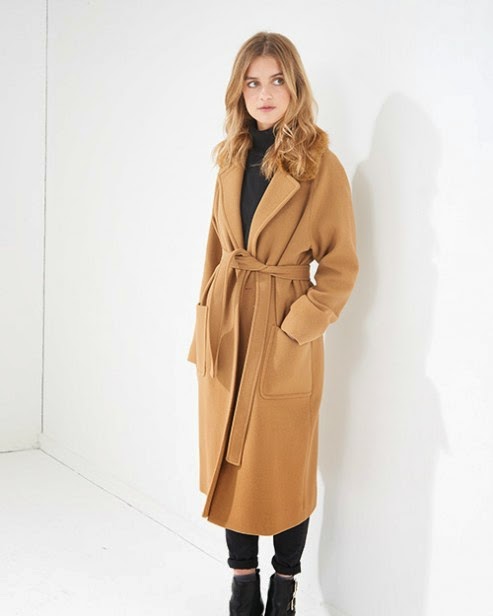 Photo: atterleyroad
Click here to buy this coat
Go and get your camel on this winter.
I hope everyone is already in the Christmas spirit and looking forward to having some time off work and spending time with loved ones?
Hope you liked this post?
Please leave your comments below
Thanks for stopping by..
xoxo

By Mariama Rebecca
0
0 Comments
Gold inspired make-up,tops, rings and more for Elle France starring Karlie Kloss is full of sparkling inspiration this festive season.
Scroll down to see a preview of the stunning spread, plus my golden picks to inspire you to recreate this look this Christmas. 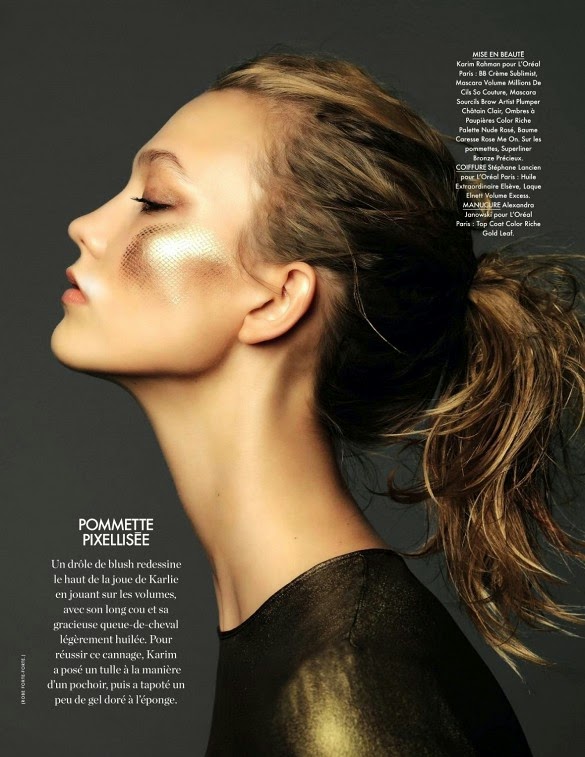 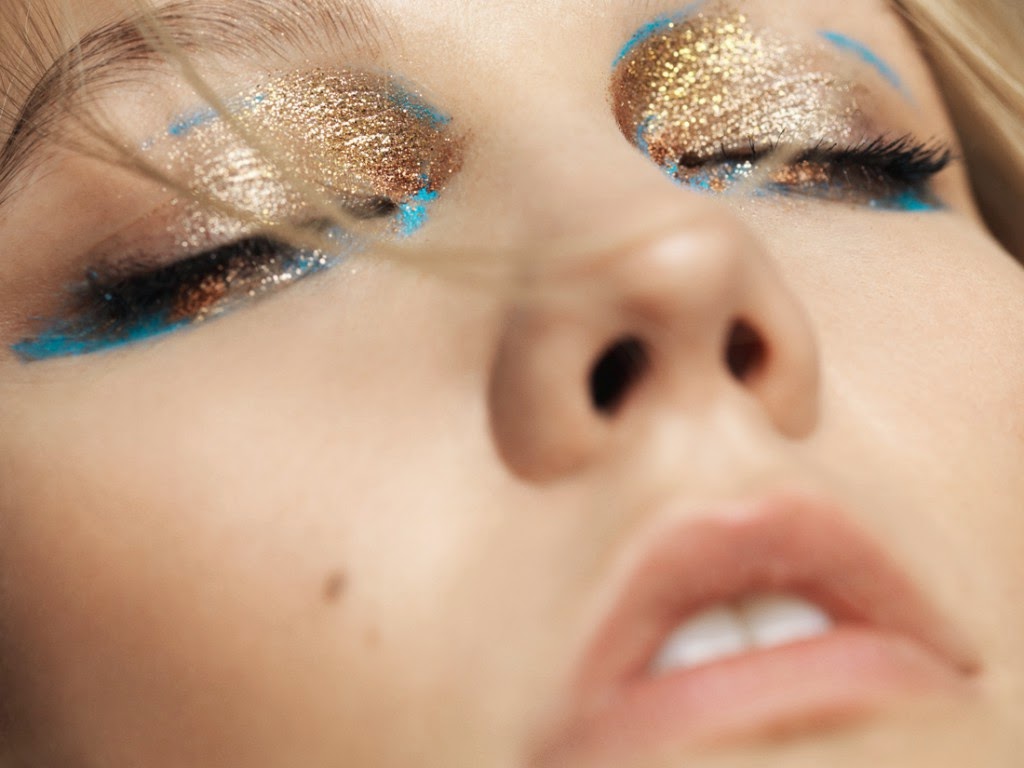 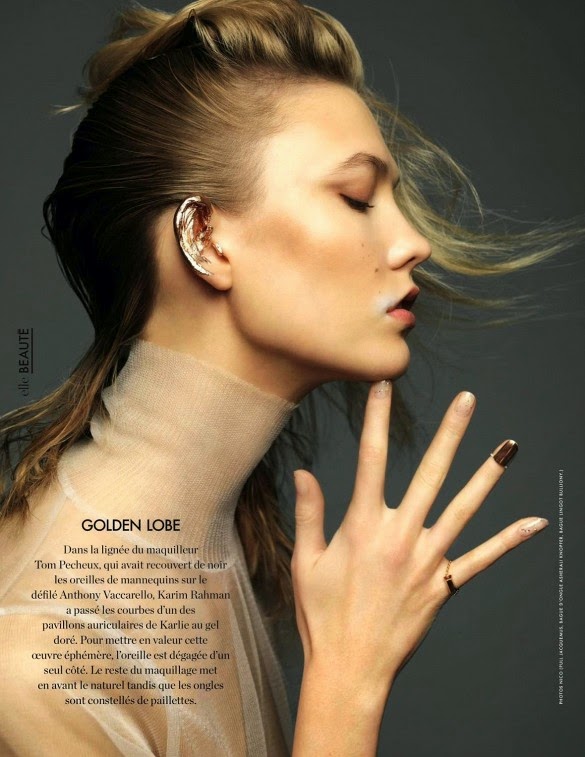 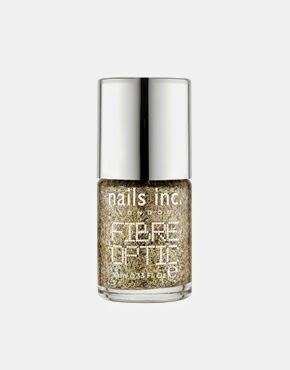 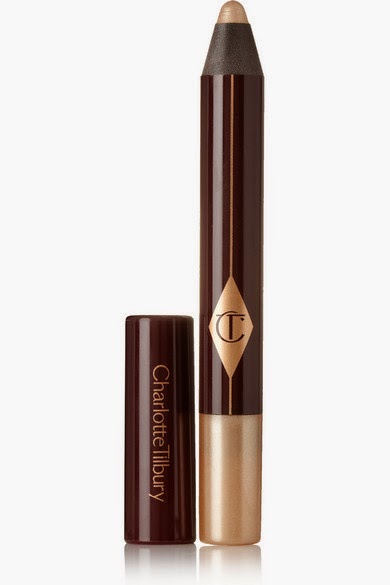 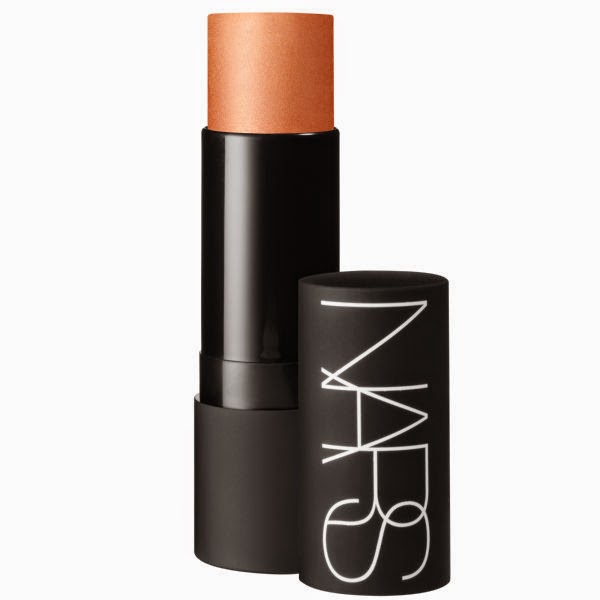 Hope you have been inspired to try the golden look?
Please leave your comments below
Thanks for stopping by 🙂
xoxo